A Christmas tutu for my little girl.

I love all of the little tutus out there for little girls.  They are really adorable!  Just look at how darling Ava was in her 1 year photos:
On my quest to find an adorable fall tutu, I looked carefully at how they were made.  This particular one had a crocheted band to make it into more of a dress, but really it was just a bunch of tulle tied around a band.  And for that... I paid $50 dollars.  I know... remember though, I have a hard time finding deals.  Good thing I used it for her Halloween costume too!

I wanted another one in Christmas colors-- red and white-- sort of like a candy cane.  And so I thought to myself, I bet I could give it a go... here is what I came up with. 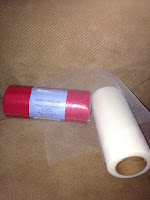 I found it easier to cut a bunch of the strips all at once.  Once I determined my length I just used that strip as a template.  Width-wise, I just cut the strips in half.  I would layer several in a row and then fold it over several times to make it easier to cut the width.  Cutting tulle is a little bit annoying sometimes- don't say I didn't warn you.

For size, all I did was measure the elastic around a pair of Ava's pants, and overlap about 1 inch (I wanted it to be tight enough to not fall off).  I then cut a length of tulle, and held it against her pants to try to gauge it at about knee length.  I figured as it got fuller, it might get a little shorter.  Remember that you are going to fold the tulle strip in half, so you want to double the length from the waist to the knee.  See below for my horrible hand-sewing job.  But it is sturdy so it will be fine. 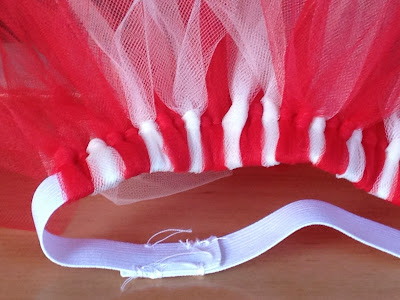 It is difficult to tell, but I tied 2 strips of red to 1 strip of white... in order to knot around the elastic, all I did was fold the tulle in half, place the strip behind the elastic with the loop upside down, bring the tulle around the elastic and pull it through the loop.  You can sort of see all of the "knots" in a row where I pulled the tulle through.  Make sure all of your "knots" are all on the same side of the elastic. 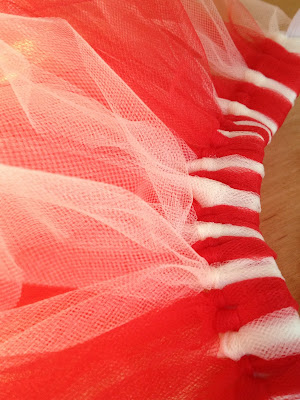 Once I finished the hours of tying tulle (while watching movies at night), I turned the tutu inside out (so that all the little knots were on the inside) and tied a little bow on. 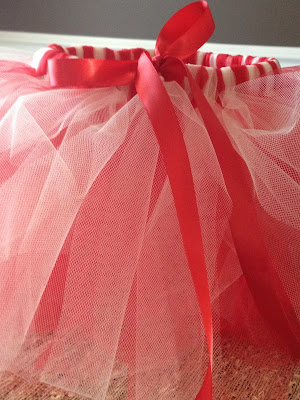 Very easy, even if it does take a bit of time! 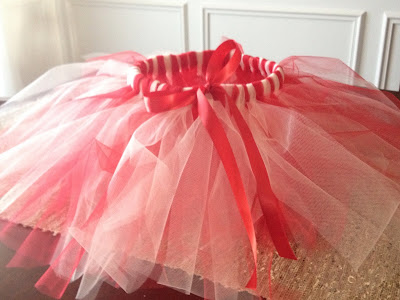 Once I figure out how to get Ava to stand still, I will have to add a picture of her in her tutu... it looks adorable on her!
Posted by Amy at 11:06 AM